Build your career with THE KINGS!

THE KINGS AN INDIAN DANCE GROUP ORIGINS FROM A CITY OF MUMBAI, VASAI - NALLASOPARA WHO WON THE HEARTS OF MILLIONS WITH THE STUNNING PERFORMANCES & BELOW OUR ACHIEVEMENTS

The group participated in the show with the name The Kings and what happened in the entire season became history when they were crowned as the World Champions in the grand finale along with a perfect score of 100. Each round of the show was memorable for them and through hard work and dedication, The Kings fulfilled their quest of becoming the first team from India to win the title of the World Champions 2019. 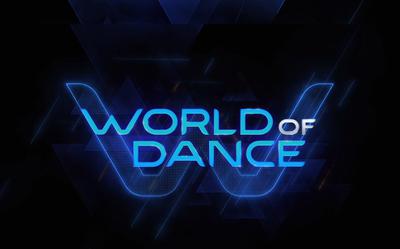 In 2017, Kings United participated in one of the television reality shows which was based on the concept of battle between the best dancing talents in India. The group gave some enthralling performances like Baahubali and Robot Theatrical acts which garnered more than 10 Million views on all of their social media platforms. The acts received many appreciations from all parts of the world and this became so viral, that they received an invitation to be part of the World’s Biggest Dance competition NBC World of Dance Season 3.

After the split of Fictitious Dance group in 2015, Suresh Mukund came up with his new brand Kings United which consisted of only few members but as they were very much determined to prove themselves, they participated again in the same competition which gave them global recognition in the past – World Hip-Hop Dance Championship 2015. The team became the first group from India to achieve a Bronze Medal for our country and this incredible achievement was appreciated by many dance enthusiasts in our country. Latter, the group also opened one of the biggest dance studios in India which was built with an aim to nurture young talents and provide them with a platform to showcase their extra ordinary talent. During their journey, the group realized that though they have had achieved a medal for the country, they were still yet to receive a recognition amongst the masses.

Earlier, Fictitious group was a very renowned dance group who won India’s Got Talent Season 3 and many other national level competitions in our country. They were the first group to represent India at an International stage in 2012 where they created a history by being the very first team to reach the finals of World Hip-Hop Dance Championship in the very first attempt. The group was really blessed when they were given an opportunity to show their inspiring journey on big screen in the movie Any Body Can Dance 2 which was directed by Remo D’Souza and the character of our choreographer Suresh Mukund was portrayed by one of the finest actors of Bollywood Varun Dhawan.

Finalist of India’s got talent

The Kings or Kings United

a globally recognized brand who started their journey as Fictitious Dance Group in 2009 and won Boogie Woogie which was the first dance reality show in India. The only dance group in India who mesmerized the world with so many accolades during their journey and set themselves as an exemplary to all the dance aspirants across the country.

Republic Day offer 35% off on all professional training course